The Cross in the Sky is the remarkable story of Charles ‘Moth’ Eaton. As a soldier, pioneer aviator and pathfinder for global peacekeeping, Charles emerges as a trail-blazer in many realms. His story is intertwined with tectonic world events and a 65-year romance with Beatrice Rose Godfrey.

Eaton served every day of both world wars, starting with the Royal West Surreys and finishing with the Royal Australian Air Force. He was a prisoner of war and twice court-martialled by the German Army. After the Armistice, he ferried delegates to the Paris Peace Conference. In 1920 he flew in the first aerial survey of India, after which he lived amongst the Khond people of Orissa.

In Central Australia, following the disappearances of Kingsford Smith’s Southern Cross and Lasseter’s Golden Quest, he led rescue missions into the Tanami and Great Sandy deserts before establishing and then participating in the air defences of north-west Australia and West Papua during World War Two. As the Australian Consul in East Timor, he assisted the post-war reconstruction of that war-torn land.

In the midst of the Indonesian War of Independence, his life-long experience culminated in initiatives that led to the first United Nations venture to monitor conflict resolution. As Australia’s first diplomatic representative to the new nation of Indonesia, Charles Eaton laid the foundations of Australian–Indonesian bi-lateral relations.

The Cross in the Sky is the story of an extraordinary man, told by his younger son—and witness to some of these events—Charles Stuart Eaton. 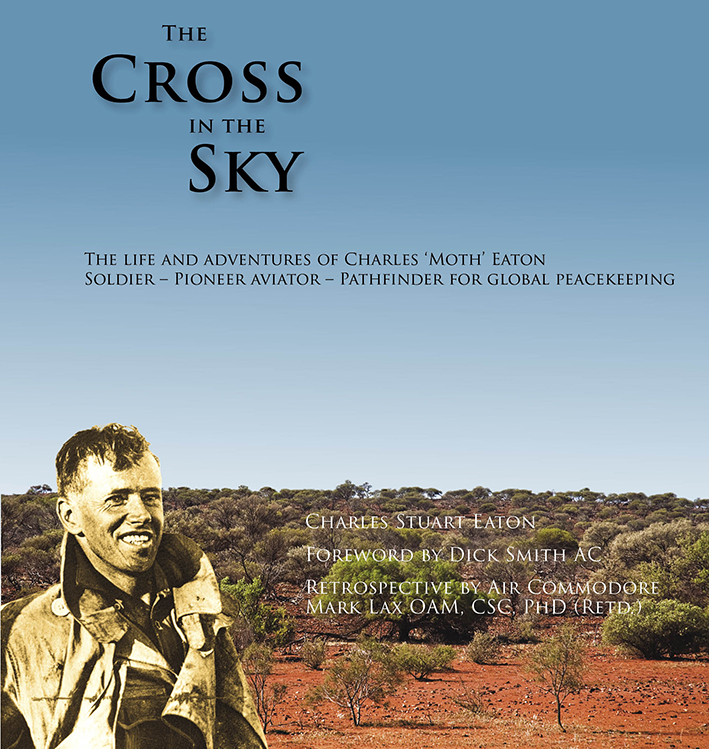