In early 1919 the call went out across the 160,000 strong Australian Imperial Force (AIF) based in Europe – ‘the war is over and it’s time to get back into rugby’. The word went down the chain of command of five battle hardened divisions - ‘We need your best. There’s a different kind of battle to be fought before we go home.’ Across France, Belgium and the United Kingdom rugby teams played for the honour to represent their units, then their brigades, then their divisions and finally to represent the AIF.

This is the story of how the 1919 AIF Rugby Union Squad was formed, and how and where they played in France, the United Kingdom and in Australia. The teams were the first truly representative teams from across the Australian Army of the day.

The 1919 AIF Rugby Union Squad played twenty-eight matches across the United Kingdom before returning to Australia and playing an additional eight matches. Across these games the squad members established a reputation for hard but disciplined rugby. They played not only for their country but for the many mates they had lost during the war. Any sense of survivor’s guilt was expressed in playing rugby as hard and fast as you possibly could.

The Australian Army Rugby Union (AARU) traces its origins to the 1919 AIF Rugby Union Squad. The AARU not only embodies the spirit of the 1919 AIF Teams, it continues to build on their tradition of wartime resilience, tenacity and team work.

Read a sample chapter from Comrades in Arms and Rugby 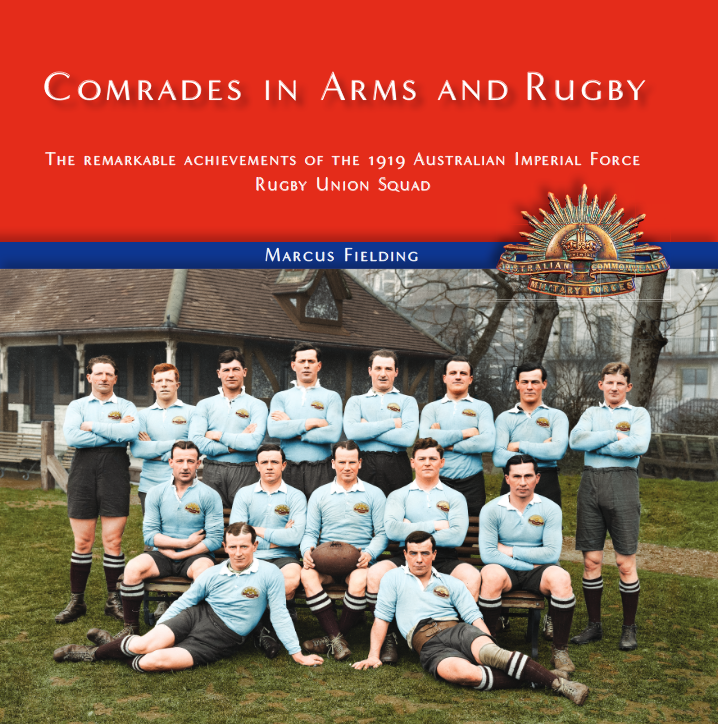