At war and at home, Jack Kemp confronts his deepest fears

Melbourne, September 1939. As Australia enters the Second World War, the Metro Magpies play their final match for the season under captain-coach Jack Kemp. This is to be the last occasion many of the team will see each other before they join up. Some depart eagerly for Empire and the next great adventure; others reluctantly accept the inevitability of their involvement. All will be affected by the trauma of war and, in turn, will touch others far beyond Australia’s shores.

The conflict will challenge Jack Kemp to confront his deepest fears and the absence from his family which must endure its own campaign at home. When the survivors return, their lives and the old world will be irrevocably altered. Their scars will eventually affect us all.

This exciting and touching novel is the second important book by Paddy Devine whose voice is utterly authentic and reflects his many years serving in the Australian Army.

Read a review of Kemp's Mob 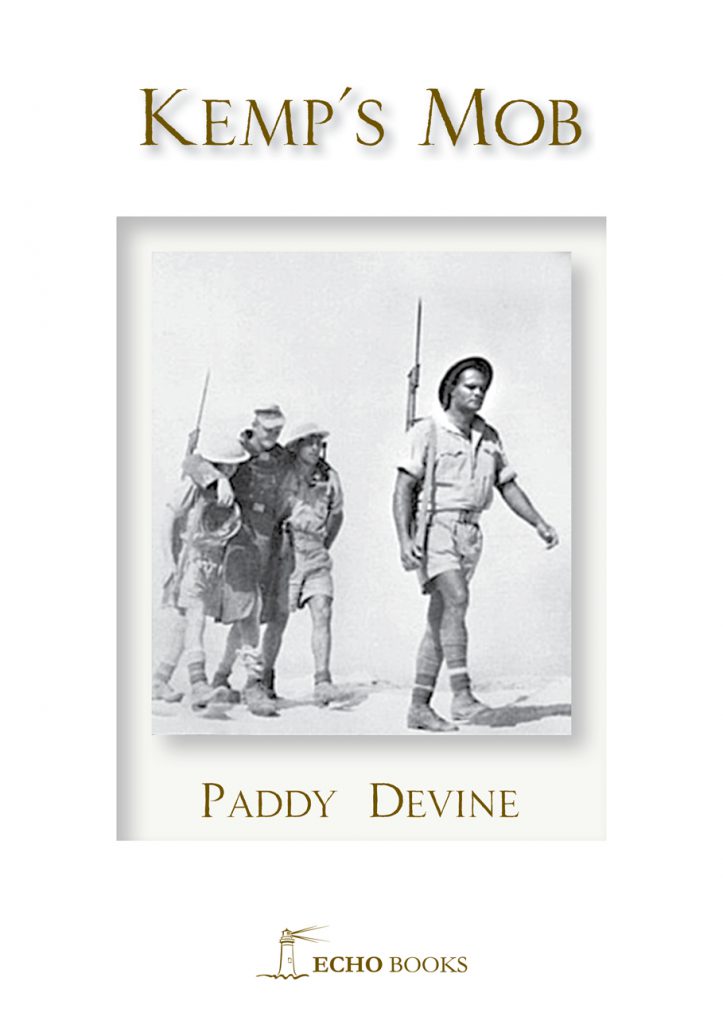 An Introduction by Paddy Devine

Paddy Devine reads from the Foreword