In the Path of the Elephant

By Dorothy Hart and Isla Patterson

Canberra’s Diplomatic Corps had its beginnings in 1936 when the United Kingdom appointed their first High Commissioner to Australia. Soon after Canada and the United States followed. The United States built their embassy in the form of a southern mansion and started a trend for overseas missions to reflect the architectural style of their home country. This architectural pattern is fairly unique to Australia and a great tourist attraction. The buildings of these embassies and high commissions are some of the treasures of Canberra. From small beginnings the diplomatic corps has grown, and now there are nearly 90 international missions established in the capital.

Australia is a multicultural nation and it is appropriate that so many countries are represented in our nations capital.

This book examines 36 embassies and high commissions, each accompanied by illustrations. Most of these embassies can be easily identified by the diverse architecture of their homeland as well as their national flag being prominently displayed. Some embassies display two flags, but which ones and what do they represent? The answers can be found in this book which also gives some insight into their country’s culture and customs.

The full colour hardcover edition (ISBN: 9780995436404) is available through the following booksellers

The full colour paperback edition (ISBN: 9780648202530) is available through the following booksellers 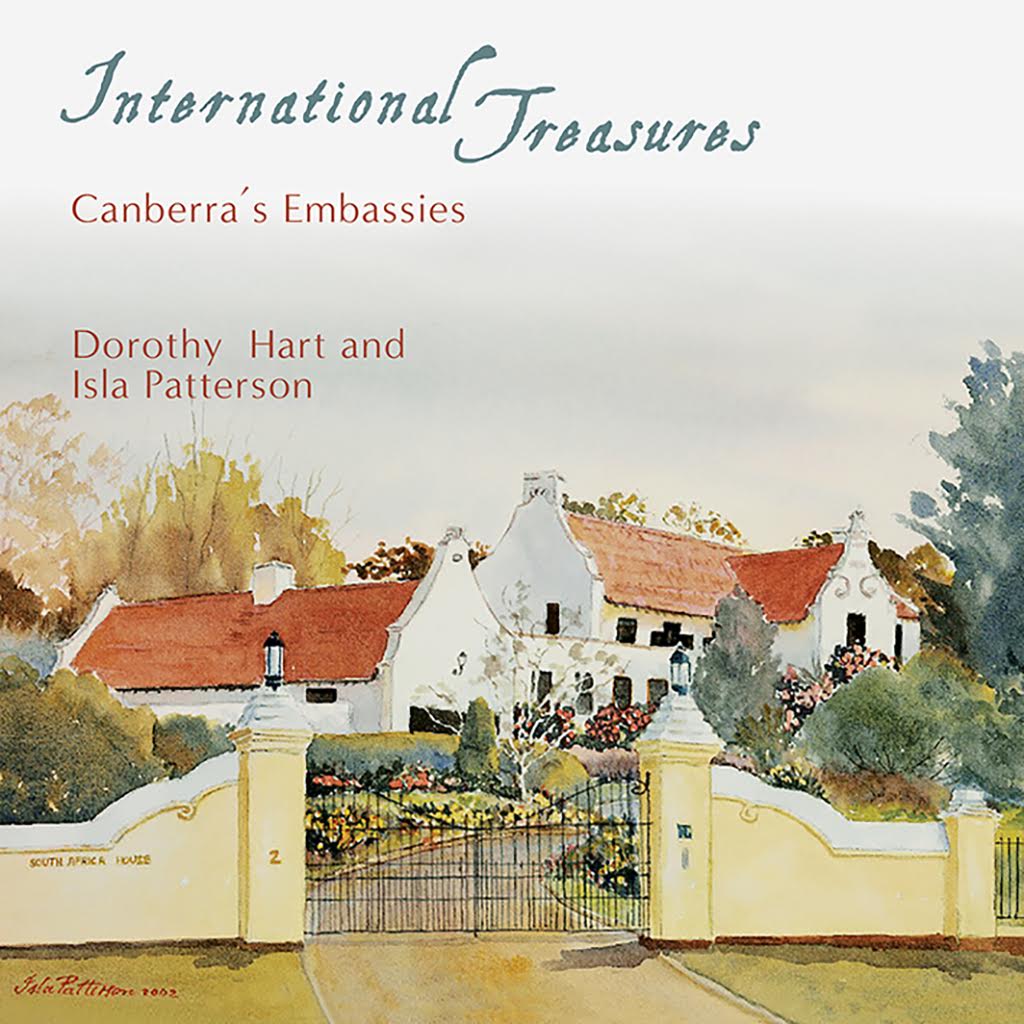