This history of Joseph and Susan Blundell who came to Canberra in 1842 as pioneer settlers, documents their ancestry in England, where they came from, why they came to Australia, how they came here and subsequent developments in their stories.

It reveals the truth of the embroidered family folklore which was carefully constructed to include real facts so as to disguise Joseph’s convict origins and Susan’s abscondment from her husband with an infant child, leaving four helpless ones behind in Newcastle.

Allan has been relentlessly pursuing all of this since the 1980s. The second book about the eleven children and their feats, progeny and genealogy is expected to follow by the end of next year. 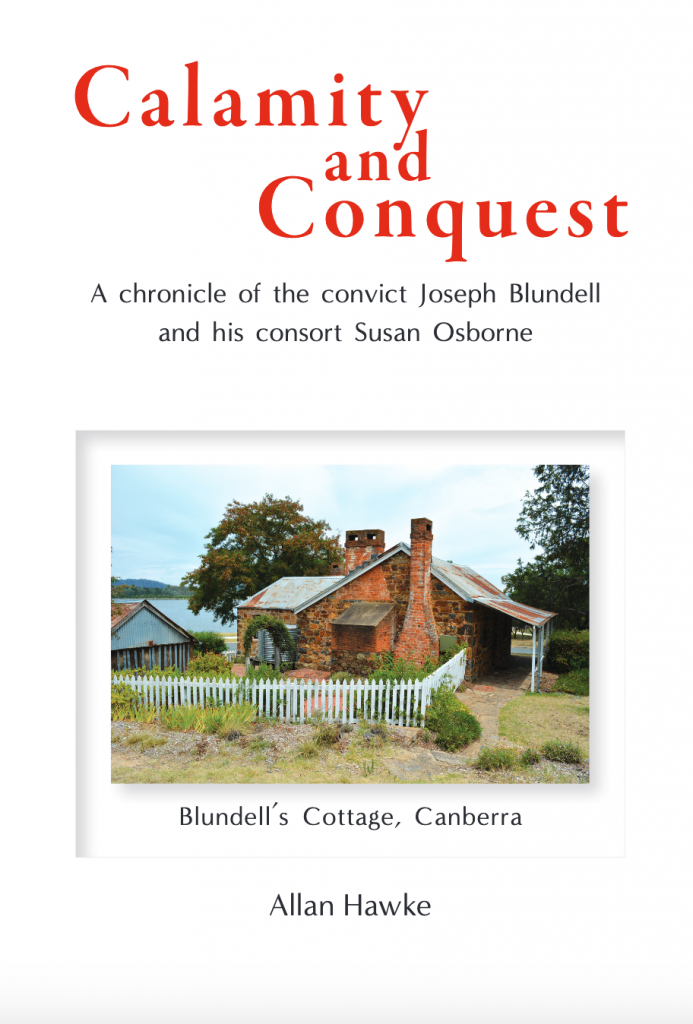