Ben Champion was raised in Wahroonga in New South Wales. When the news of the Anzac landing at Galipoli in 1915 came through to Sydney with the huge A.I.F. casualty list which soon followed, Ben Champion's Father reluctantly gave his permission for 18 year old Ben to enlist in the Australian Imperial Force (AIF). He joined the 7th Reinforcements of the 1st Battalion AIF and embarked for Gallipoli.

Ben began his letters and diaries as soon as he enlisted, writing of so many of his mates throughout the years 1915 - 1920 as he served at Gallipoli and in France, and rose through the ranks to become a Lieutenant.  He had photos of many who did not return.

He loved history and appreciated what he saw around him. Ben writes of the seasons, flowers, crops and trees. He writes of the songs they were singing and the books he was reading in the trenches. He wrote too of the changing perceptions he had of the enemy, how homesick he was, of his family and friends back home and how desperate he was for their letters.

On 1 April 1918, in France, Ben was hit in the leg by an exploding shell and his leg was amputated. Ben returned to Australian in August 1918.

Ben studied dentistry and eventually was one of the earliest members of the International College of Dentists. He wrote a History of Newcastle Hospital and many articles about the people and estates of Newcastle and environs for the Australian Society of Genealogists and the Newcastle Historical Society.

Penny Ferguson, Ben Champion's granddaughter, has presented Ben's letters, diaries and photographs to create a comprehensive and moving account of a young man thrust into war. Penny includes over 250 photographs, some never before published, and records over 200 officers and soldiers in Ben's story.

Read another Review of Ben and His Mates 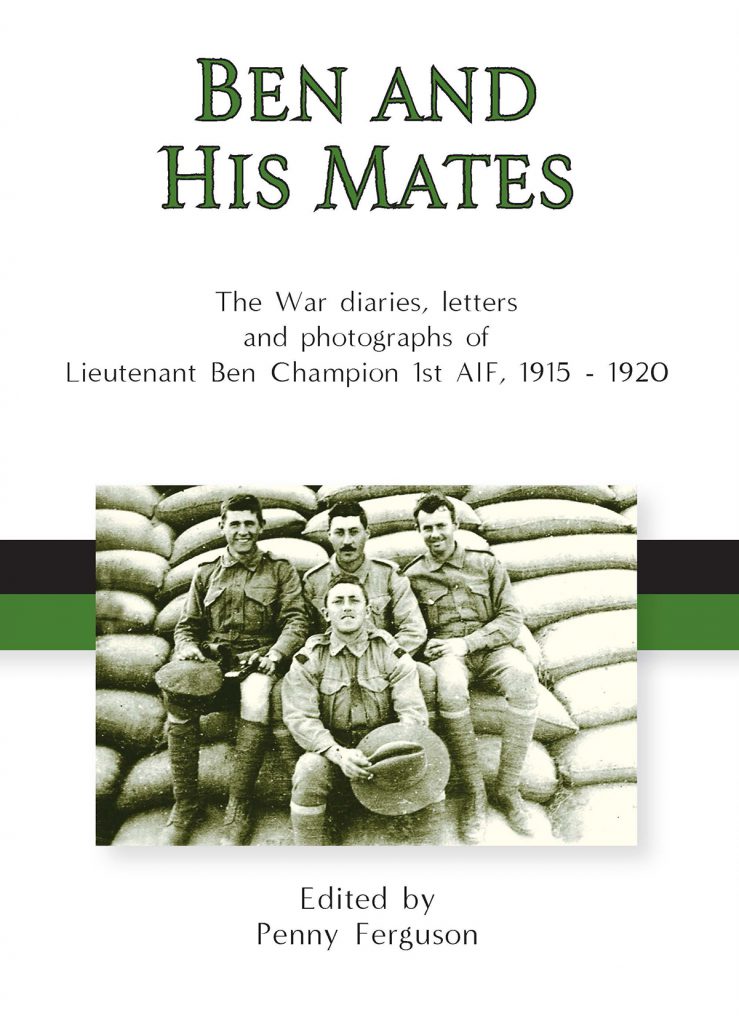