The determination, courage and sacrifice of the Dutch Resistance and the German and British Armies — a novel

‘What if’ are two of the saddest words in the English language.

If the British had moved straight on after the capture of Antwerp in September 1944 the war might have been over by Christmas, with thousands of lives spared. Stranglehold imagines how this could have happened.

This stirring and fast-moving tale supposes that, on 4 Sept 1944, an attractive young woman member of the Dutch Resistance made her way through the German lines and convinced the British Commander that by advancing immediately (instead of waiting for two weeks as the British in fact did), his forces could put a stranglehold on the isthmus at the eastern end of the Beveland peninsula.

It is a gripping story of war at the sharp end.

Soldiers at the lowest level of an army very seldom, if ever, comment on or criticize the strategies of the Government or the High Command. They may grumble about the rations, question the parentage of the sergeant-major, and doubt the mental capacity of their officers, but the leaders, both political and military, are assumed to know what they are about and where they are going.

In Normandy in June and July of 1944 we may have questioned how slowly we were advancing, and wondered how many years it would be before we reached Berlin. We were unaware of the plan for the Americans to break out of the right wing of the Normandy bridgehead, starting with Operation Cobra on 25 July 1944. After a slow start the tempo of Cobra quickened, galvanised by the reappearance of General George Patton in command of 3 US Army.

By 30 July the bridge over the River Selune at Pontaubault was captured, and the way was open for the Americans to move either west into Brittany or east into Normandy in the rear of the German positions. The Canadians and British joined in with pressure on the northern front of the Germans, who were thus squeezed into the Falaise pocket. The Americans had enough troops to advance to the Seine at the same time.

The month of August saw the destruction of much of the Seventh German Army and the Fifth Panzer Army, and between 26 and 31 August 21 Army Group made five substantial crossings of the River Seine. Less than a week after their breakout from those bridgeheads Canadian and British forces had liberated a large part of Belgium and were close to the Dutch border. The advance was so swift that neither the German occupying forces nor the inhabitants of those areas had the time to adjust to the changed situation. The normal civilian services such as telephones, transport, and postal services still operated, people went shopping, went to church, and visited each other. The battles in Normandy had seemed far away and slow-moving. Suddenly and unexpectedly the possibility of fighting was about to be superimposed upon the sort of peace that had prevailed in Belgium and Holland for the last four years and more.

A vital target for the Allies was the major port of Antwerp. This port was on the River Scheldt, seventy kilometres inland from the North Sea. The river widened out to become an estuary a few kilometres seaward from Antwerp, and German defences on the north and south banks would have to be cleared before the port could be used.

After the defeat of 7 German Army in Normandy their 15 Army, stationed in the Pas de Calais as a defence against an Allied assault across the Straits of Dover, was in danger of being cut off, unable to retreat to Germany to help defend the Fatherland. The most practical path of retreat for 15 Army was to cross the Scheldt from south to north and then escape down the Beveland peninsula. The peninsula narrowed into an isthmus 1.5 km wide just before the village of Woensdrecht. It was vital for the Germans to keep the road through the isthmus open; and it was equally vital for the Allies to seize the isthmus and the village and thus obtain a stranglehold on the German escape route.

The vital date was 4 September 1944, when units of 11 British Armoured Division reached Antwerp, captured the docks intact, and advanced to the northern suburbs of the city. Had they then gone 20 miles further north, against what was on that date relatively weak opposition, they could have taken the isthmus and prevented the escape of 15 Army. But they waited to rest and refit, and Allied forces did not move north from Antwerp for more than two weeks.

By that time the opportunity had been lost. The commander of 15 Army, Von Zangen, moved nearly 90,000 of his soldiers across the Scheldt estuary, down the Beveland peninsula, through the isthmus, and back to the east. There they became part of the very tenacious opposition to prevent Allied forces attempting to close up to the German border, and were a considerable thorn in the side of Operation Market Garden, the combined air and land operation to capture a bridgehead over the Rhine.

At the same time Von Zangen left troops to guard the banks of the Scheldt estuary, and thus deny the use of the Antwerp docks to the Allies. It took three months of ver y hard fighting, mainly by the Canadians, to finally allow the docks to be used.

The failure to advance and take the isthmus was described by Cornelius Ryan as “The Great Mistake”, which in hindsight it was. What if the British had advanced more promptly and got a stranglehold on the isthmus? If they had not paused, but continued to move in strength and with determination, they could have bounced the disorganized Germans, prevented their escape to the east, and freed the banks of the Scheldt in quick time. It had to be done quickly, because the Germans were immensely resilient – as they proved in this very battle.

It was eight months from the day that Antwerp was captured to the surrender of the German armies in the British sector. During those eight months there was untold suffering. There were bloody battles at Arnhem, Aachen, Walcheren, and Bastogne, and there was constant loss from daily attrition. Above all, there was the hardship and death suffered by the civilian population. In the northern sector the bitter winter of 1944-45 caused terrible hardship in still occupied north Holland, and it was the same for Germany and the countries still under German domination.

Could there have been information reaching the British commander that made him realize the opportunity he had to deal the Germans a knock-out blow? This story imagines how such information might have reached him, what might have happened thereafter, and how much suffering and death could have been prevented. It starts with the messenger’s journey from behind the German lines.

Several things have been altered in turning the reality into a dream. The principal change has been to the topography between the port of Antwerp (renamed Arturhaven) and the isthmus. In reality it was flat and intersected by minor but troublesome water ways. In this novel there are two low ridges rising to 63 and 67 metres respectively, and the ground is good going for any kind of vehicle in the late northern summer.

The names of people, units and places are all imaginary, but the compositions of the units, and the weapons and vehicles they use are those of 1944. Above all, the courage and resilience of the three groups involved, Dutch civilians, German soldiers, and Canadian, Polish and British soldiers is still as resolute in this novel as it was then in reality. 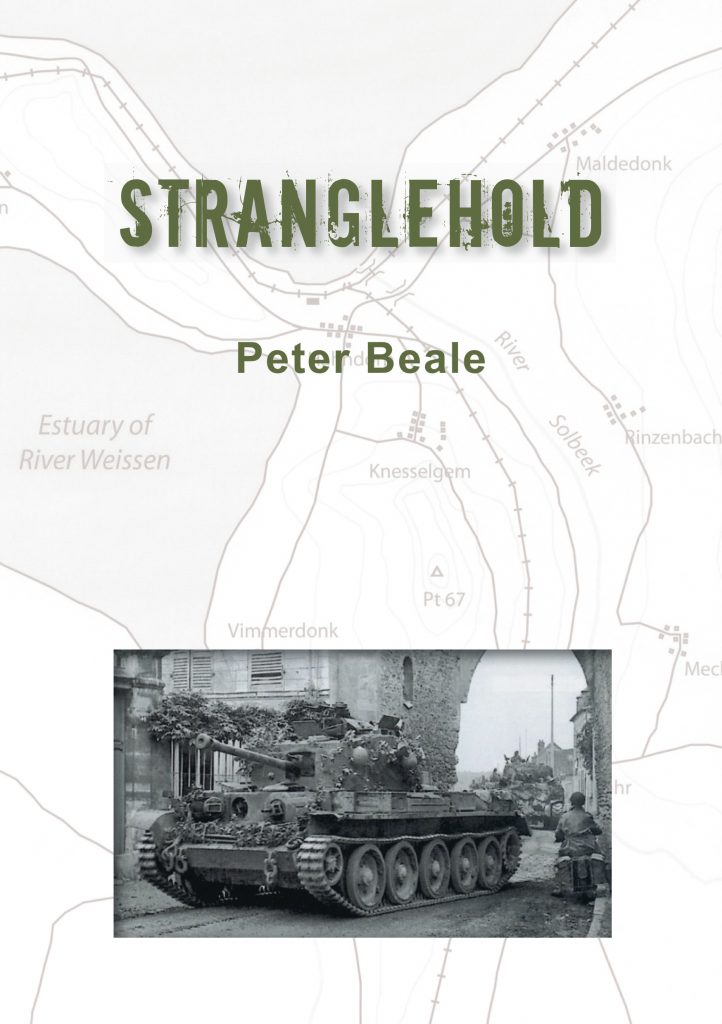