The Secret Gospel According to Mark

The story of a female Australian Soldier

Pen, Pad & Rifle is the story of a young woman’s search for self-belief in the unlikely setting of today’s Australian Army.

Zenith joined the Army on a whim hoping to become a medic and instead found herself driving a Unimog truck and jumping in and out of gun pits. As a female private soldier, she quickly realised she was caught in a system that effectively disempowered her and that realisation marked the beginning of her fight for self-assertion and to forge a career of her own choosing. A six-month stint in war-torn Baghdad marked a turning point that saw Zenith finally win her battle to realise a dream and train as a reporter with the Army’s newspaper, Army News.

As an Army reporter, Zenith traversed not only her own country, but was pitched into many of the Australian Defence Force’s overseas operations, from pre-election tension in strife-torn Solomon Islands, heartbreak and hardship in flood-ravaged Pakistan and the tough and emotional struggle of the bitter conflict in Afghanistan. Along the way, Zenith wages her own war to forge a successful career and develop the confidence to take charge of her own destiny.

This is a book that tells a story rarely told — life in the Army from the perspective of a female private soldier. Zenith King doesn’t pretend it was an easy life — but what comes across very clearly is her extraordinary determination and resilience. Her journey is both inspirational and deeply satisfying. 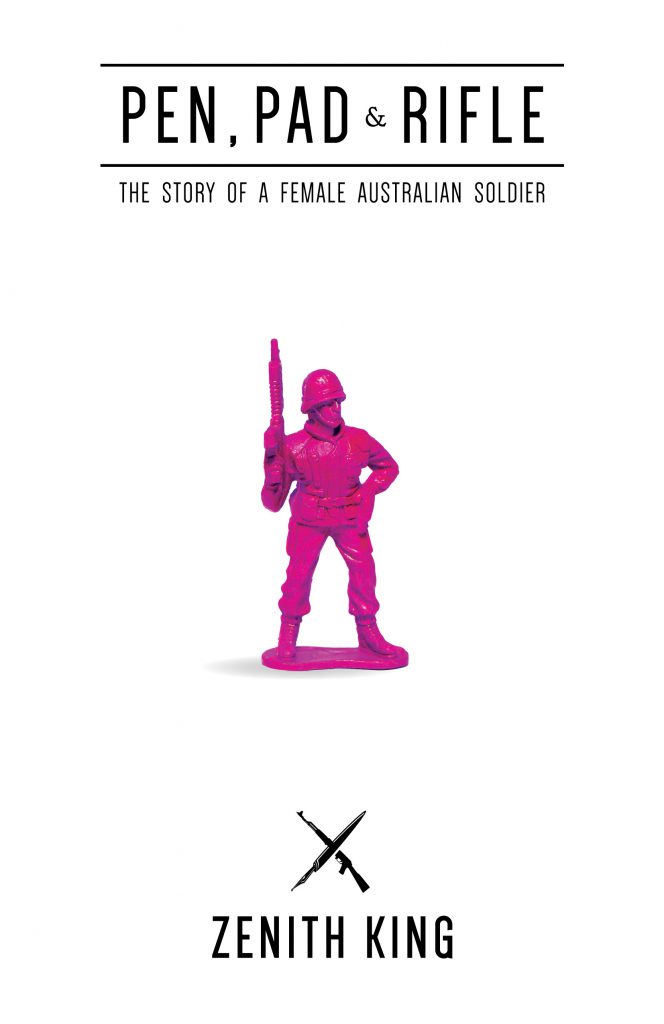