Dealing with a Deadly Legacy

My War in Iraq

Red Zone Baghdad is an honest and personal account of Marcus Fielding's experiences as an embedded operations action officer in the senior coalition headquarters in Baghdad in 2008 and 2009 - a period of significant transition in Iraq.

An experienced Australian Army officer, Marcus paints a vivid picture of the conditions for troops and provides fascinating insights into the complexity of rebuilding a nation against a backdrop of sectarian violence. Red Zone Baghdad provides a rare glimpse into the Iraq war - one of the most controversial conflicts of our time.

Marcus worked in the headquarters which managed the 150,000 strong coalition forces and laboured to rebuild a country of 26 million people. From his ‘office’ in Saddam’s former al-Faw Palace, Marcus deals with the vital issues associated with rehabilitating this war-torn nation during several crucial elections and the drawdown of coalition forces.

Major General Jim Molan, AO, DSC (Retired) writes in the foreword 'I was there at the start and Marcus was there at the end. Because of this, I found Marcus’s book fascinating. I congratulate him. He was in the middle of it all, and he had enough nous to write about it.' And adds 'The real attraction of this book is that it gives us a unique view of a crucial player in war, the problem-solving colonel.'

Red Zone Baghdad covers Marcus' tour of duty during the final days of the Australian presence in Iraq as part of Operation Catalyst. His personal experiences of everyday life set against a backdrop of violence: the heat and dust, traveling to meetings in the Red Zone, the camaraderie of the cigar club and organising an Anzac Day dawn service; allow access to a little understood war and a soldier’s life, far removed from the peace and certainty of life in Australia.

Marcus explains that 'After returning to Australia I wrote a book that I hoped might allow people to get a better feel for what it means to be a member of the Australian Defence Force and what it’s like to go on a deployment to places like Iraq and Afghanistan. I wrote it for readers with no prior knowledge of the military and also in the first person and present tense, which was intended to add to the sense of the reader embarking on the journey beside me.'

Marcus says 'I look back on my operational deployment to Iraq with a sense of great pride and achievement. It was a unique professional experience, and I was proud to serve as part of Operation Catalyst. I have yet to meet an Australian soldier, sailor, airman or airwoman who served in Iraq who feels differently. Yet, few Australians appear to understand precisely what these representatives of their country were doing in far-off Iraq. These were ordinary servicemen and women performing the extraordinary at the direction of their democratically-elected government. Australians should be proud of their efforts and grateful for their service and sacrifice.'

A farewell from General Odierno

Paying respect to Australian soldiers from another war

Enjoying a brief moment of reflection after the Anzac Day service

A short C130 flight into Iraq

Now available in eBook (PDF) through the online re-seller 'Payhip' 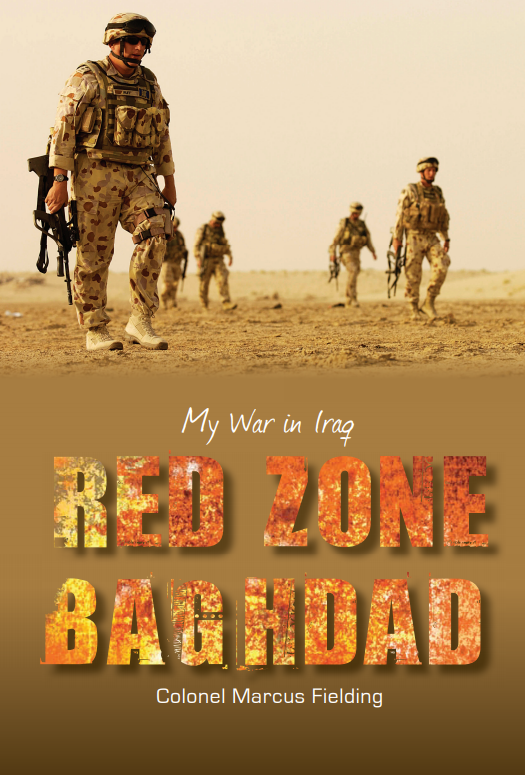