Tales from a Truth Teller

Truth is a two-edged sword. When embraced, it is transformative. However, where advantage and privilege are fiercely protected, as is often the case in the day-to-day minutiae of politics, truth is almost always an unhelpful intrusion, threatening self-interest and power.

Not Helpful is a series of essays in which, from his Christian faith, George Browning addresses some timely questions, not limited to: Is capitalism destined to be a pariah in the 21st century as communism was in the 20th century? Can Israel and Palestine become the Middle East’s bi-cultural powerhouse? Will individualism become the catastrophic destroyer of Common Good?

Not Helpful is rendered through anecdotes, covering Browning’s engagement with senior politicians and public servants while a bishop in Brisbane and during his 15 years as the Bishop of Canberra. Browning’s book commences with biographical detail illustrating how the author was formed and shaped to live a life at the centre of the institutional Church and yet always on the edge as a champion of the vulnerable and voiceless.

More about the Front Cover

The cover design, Banksy’s famous graffiti, represents the book’s theme. Etched on the separation wall in Bethlehem, near Rachel's tomb, it screams: ‘Palestinians will not remain silent, invisible, or caged, even a little girl with balloons can scale this wall’.

George Browning is a public theologian. From its inception, Christianity has been both a personal and a public faith. In the majority world, it continues to be a public faith. However, in the west, self-appointed cultural manipulators, both within and outside the church, are increasingly determined to drive Christianity from the public realm. Yet Christianity will always remain at its heart a public faith. If you want to understand Christianity in its personal and public implications, then read this inspiring, poignant, insightful, challenging, and, most of all, truthful book.

Speaking truth to the power of Empire in whatever its multitude of manifestations has never been easy. The prophets of ancient Israel knew its disappointments and dangers. It requires a good deal of resilience and tenacity and commitment to a vision of the truth.

Moreover, those to whom truth is addressed will respond in a variety of ways - not all capitulating as did David to the prophet Nathan’s “You are the man”. Consider the cynical nihilism of Pontius Pilate. Power is likely to claim the right to define truth in ways that suit those who would wield it. The recent history of the United States of America is replete with stunning examples. George Browning provides us with examples of the rejection of politically inconvenient truths closer to home.

Thankfully, George has the courage and tenacity to speak truth to power. His vision and commitment is clearly based in the mission of Jesus, coming out of Jesus’ own experience of God’s overwhelming love for all. That mission calls for the denunciation of the religion of Empire, and the demonstration of the way of Jesus, living in harmony with God, one another, and all creation. George Browning’s book is an inspiring collection of his work over many years which will encourage us all to respond.

Not afraid to speak truth to power, Bishop George Browning is a prophet of our time. He sees with great moral clarity some of the major issues facing humanity, including the catastrophic existential threat posed by global warming. As a tireless champion of the common good and the Gospel values of justice and compassion, he has also fearlessly warned of the dangers of free market economics and unrestrained capitalism that lead to deep and widespread injustice and unrest, and a dehumanising and insecure life for many. We owe him a great debt of gratitude for his passionate commitment to a vision of society which values all equally and seeks the wellbeing of all.

Here, in the best prophetic tradition, are melded heat and light and deep humanity. To those in power with vested interests, it is bound to be received as ‘Not Helpful’. 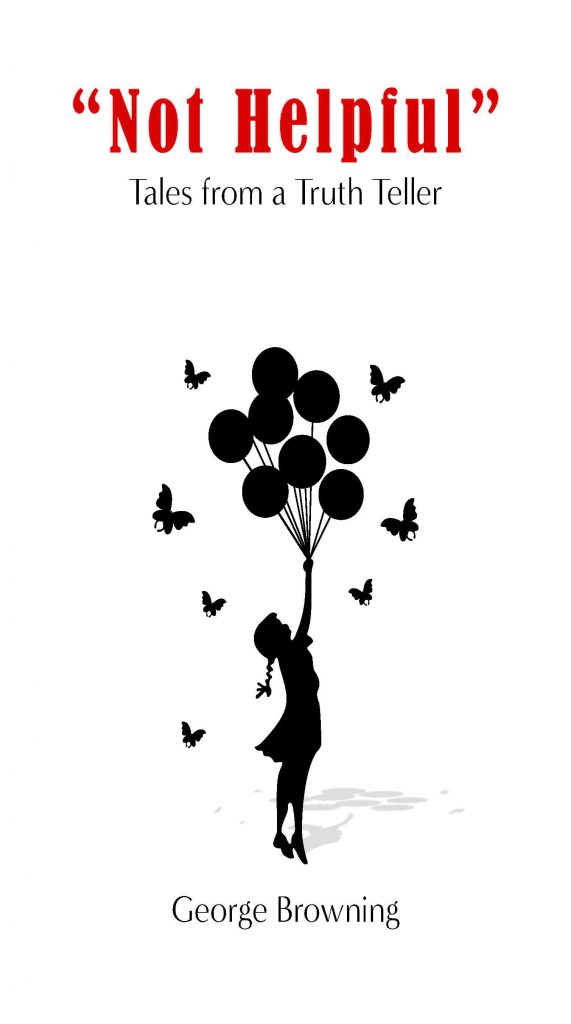