Nothing in Newcastle Stands Still

A Highlight History of the Australian Army Rugby Union

Rugby Union is a sporting code that has been played by generations of service people since the earliest days of Australia’s armed forces. The story of Rugby Union in the Australian Army is an important component of the Services rugby tradition, and indeed an integral part of the history of the code itself in Australia.

Significantly, the project identified that the first truly representative Australian Army Rugby Union team was formed in 1919 in France immediately following the Armistice.

The AARU’s ethos is based on the Army’s values - courage, initiative, teamwork and respect – and the history clearly demonstrates that it has and continues to be a central feature of the sport in the Australian Army. Indeed, the Army’s values have been shaped by competition in sports like Rugby Union for over a century.

The history highlights the players, teams and events that have contributed to the development and successes of Rugby Union in the Australian Army. The book includes many of the key matches, results and anecdotes about the sport as it was played in Australia and abroad, as well as in-depth interviews four legendary players - Ian Mackay, Arthur Fittock, Angie Fairweather and Charles Wilson.

Read a sample from In the Field and on the Field.

Available as a full colour hardback edition (ISBN: 9780648074540) through the following booksellers 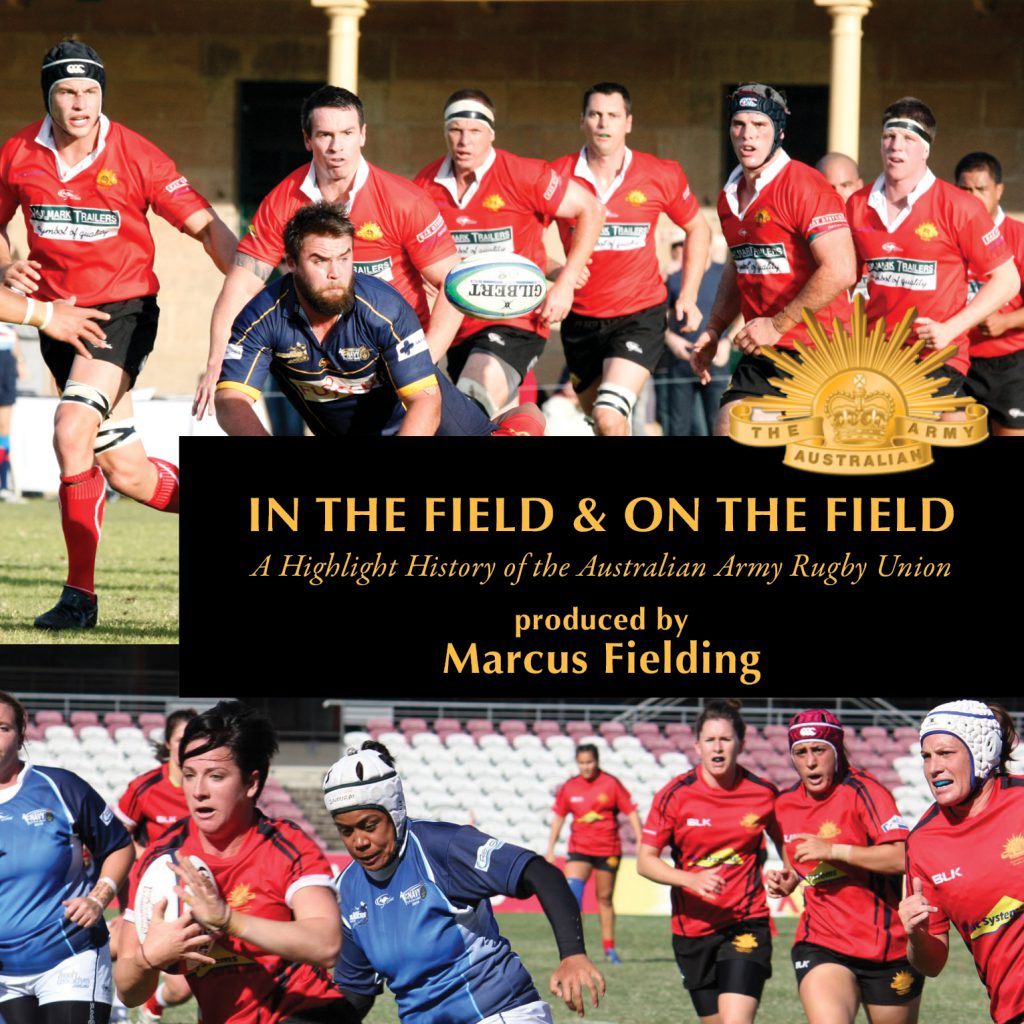