An Absence of Certainty

An Absence of Certainty

After 30 years behind the microphone, Greg Cary left radio at the end of 2013. Widely regarded as one of Australia’s most versatile and balanced talkback hosts, he was also a respected guest commentator for a decade on the popular morning tv show Sunrise.

Here Greg pulls back the curtain on his life in media and beyond.

An Absence of Certainty recounts some of the influential figures Greg interviewed, the issues he covered and shifts in media culture and political dialogue during a time of increasing polarisation. Greg weaves these between generous anecdotes about the experiences that shaped him, his audience, the media industry and the world more broadly.

Invested with the characteristic warmth and humility that Greg’s audience came to know during his acclaimed career, An Absence of Certainty lays bare all that’s shaped him – wounds and all.

While this is a memoir about media and Australia’s collective social life, it’s also a reflection on the time in which he grew up and the people he met along the way. More than that it’s a letter to Greg’s daughter, a gently cautionary and relentlessly perceptive tale of a life lived in uncertainty and hope.

Register Interest in An Absence of Certainty by Greg Cary

Althernatively, email enquiries@echobooks.com.au to register interest and we will get in touch when An Absence of Certainty hits shelves.

For many years Greg was one of the best and most respected broadcasters in Queensland. He has spent a lifetime talking with the great and the mighty and his many thousands of listeners. He gained a great knowledge of life and the attitudes that dictate what we do every day. This book has helped me to review and upgrade all my values and beliefs. I know that you will enjoy it as much as I have.

The same empathy, honesty and wisdom that made Greg’s radio interviews so irrepressible has found its way onto the pages of this book. Greg writes as eloquently and intelligently as he speaks. This is inspiring stuff.

— Hetty Johnston AM, Founder of Bravehearts. 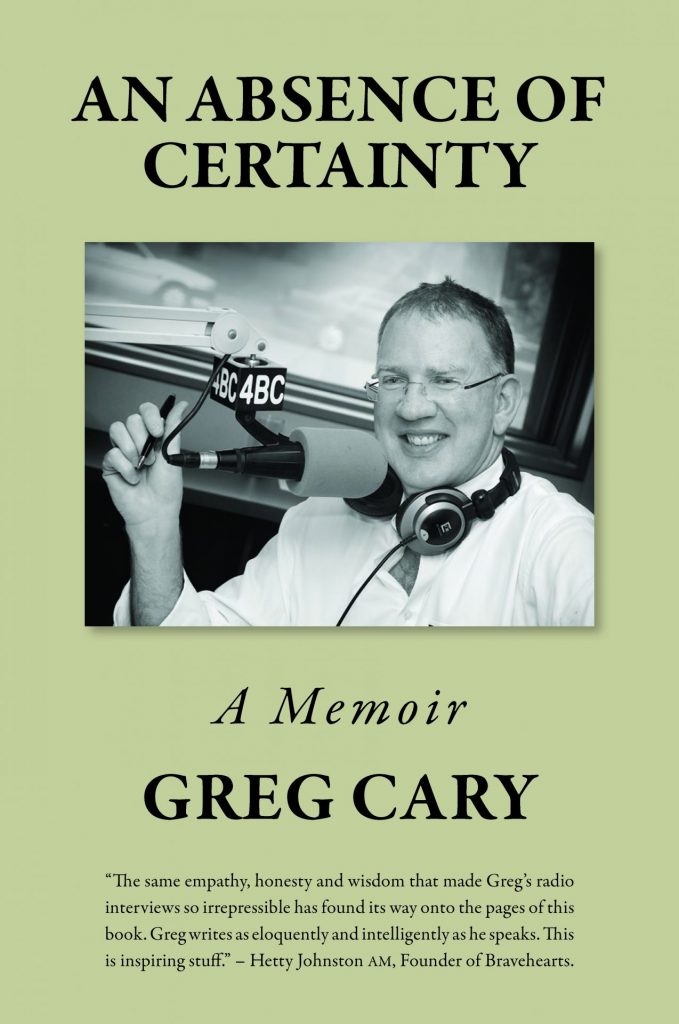