A cookbook of confronting ecological proportions and personal meaning

' ... through the years I’ve been stunned by the number of people who knew so little about being vegan. At times it has felt like existing as a member of a secret sect. Like a ninja . . . ‘

This is no typical cookbook. The author is more a gardener (oniwabanshu) than a cook. Words caught between its covers shed light on what ordinary Australian rural bloke, Paul Maguire, sees as a way of meaningful attachment to life that could help rebuild human self-respect. Being vegan intersects the practical, spiritual, philosophical and our understanding of faith, says Paul. Its kernel is a personal thing.

Veganism though is far from an extreme diet for an austere minority. Yes, it’s about what we eat, and what we don’t, but it’s also a path to significantly reduce our climate change impacts, help address species extinction, chronic human health problems plus food and water shortages for the world’s poorest people.

It’s an achievable alternative to the needless slaughter of animals and destruction of mother earth. In addition to explaining the vegan concept foundations, vegan ninja examines numerous issues, including why humans eat animals, additives in processed food, the bogey vitamin B12 and concludes with almost 90 fabulous recipes that could form the basis of balanced vegan eating habits.

I am not sure what I was expecting, perhaps a traditional cook book? Then again that’s probably not really true. Having known you for “some time” I had a some fear I was facing a brow beating but that proved only partially true. Or is that simply my own guilt?  I knew there would be plenty of information and plenty of 'food for thought' so to speak, so I reckon it was an interesting approach to take and I enjoyed reading it. I read all Part one text before even looking at the recipes at all which is only reasonable given my cooking prowess is marginal. I think there is a good balance in Part one between the variety of subjects, there’s personal wisdom, information and statistics, truths, history, philosophy, spiritualism and other focus’ , perhaps called ninjaism? I guess, as you seem to be saying, it takes a world of diverse things to create a whole and we humans need to care for the whole. I really thought it was a good read and it certainly made me think about the whole of earth and the whole of person aspect while I was reading. It does cover a lot of ground and has and is clearly a very personal perspective. I think the summation of 'a cookbook of confronting ecological proportions and personal meaning' is a fair enough. It does make me think. Thanks.
Bernard – Sydney.

Well done! What a great book! Very informative and funny too! Can't wait to try a few of the recipes ... LO. Hunter Valley Yum! Your date scones are delicious.
SG - Singleton.

Paul, very well done! I think it was a book you had to write to get your feelings out. It may have been difficult at stages, but was well worth it. It’s, at times, a deep read. You challenged me to think outside the box on some topics. I’ve learnt a lot, not only about the meat issue with a vegan diet, but the whole lifestyle that you hold so dear. I’ll be testing a lot of the recipes as they sound delicious. Thank you for creating something that’s truly an insight. Maybe there will be a Ninja 2.
D.R. - Hunter Valley. 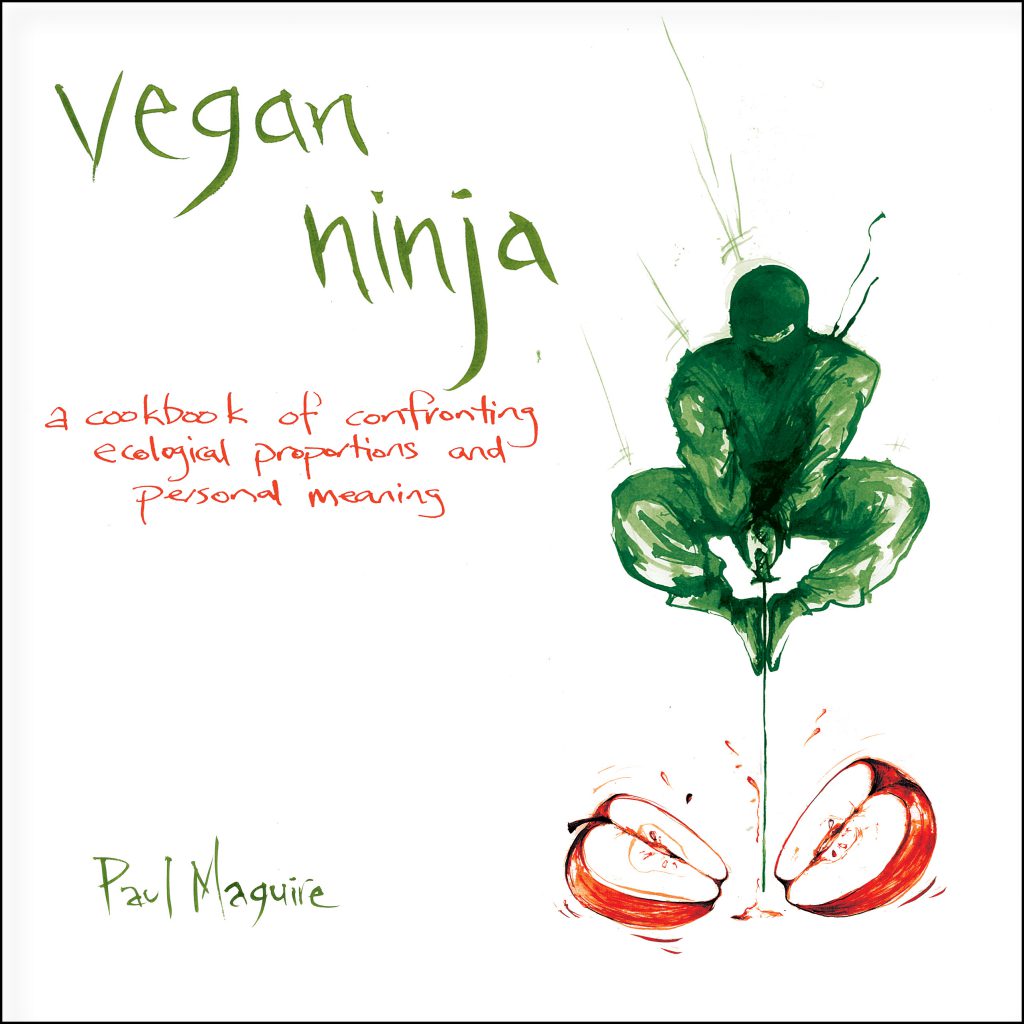