Honours and Awards to Australian Naval People Volume, in 2 Volumes

Whether it be a George Cross for defusing mines during the World War II blitz of the UK, an American Silver Star for flying helicopters into intense enemy fire in Vietnam, or a Conspicuous Service Medal for quietly ‘just getting the job done’, these are the stories of the men and women who have been decorated for their service to the Royal Australian Navy. Some stories are mundane, but give the public an insight into the daily running of our Navy. Others, whose feats of courage under fire or bravery in risking their own lives in saving the lives of others, on and off duty, are truly inspiring.

Between 1900 and 2014 over 3,750 Australian naval people received awards for their efforts, courage, sacrifice and service to the nation. Most of their feats have remained untold until now. This book tells the stories of the brave, the inspiring and the dedicated servicemen and women whom have gone above and beyond their call of duty. Until now a comprehensive list of awards has been missing in the annals of Australian naval history and this publication fills that gap for those with a passionate interest in the subject or even the casual browser.

For the past six years Ian Pfennigwerth has been working with a team of volunteer researchers to explore the background of these honours and awards – Imperial, Australian, and foreign, and the result is a book compiled for a general readership – the Australian public. It has been written so that those with no knowledge of things naval will understand the significance of each award and become acquainted with the history of Australia’s naval forces and their activities and achievements across a tumultuous 115 years since Federation, as well as enjoying a good read.

Read a Review of Bravo Zulu Volume 1 by Professor Tom Frame, Director of the Australian Centre for the Study of Armed Conflict and Society, UNSW Canberra

Volume 2 of Bravo Zulu: Honours and Awards to Australian Naval People resumes the account of the development and activities of the Royal Australian Navy (RAN) from the inception of the Order of Australia in 1975, revealed through the stories of its recipients honours and awards for courage, achievement and bravery.

The remarkable story describes the Navy’s crucial role in the 1999-2000 UN operation to bring peace to East Timor. It covers the Navy’s amazing response to its call to arms for the 1991 Gulf War and its involvement since that time in enforcing UN sanctions on Iraq, the 2003 Iraq war and the service of its people in Iraq and Afghanistan.

Volume 2 also details the efforts involved in successfully modernising the Navy’s equipment while coping with a stream of Defence ‘reforms’. Moving stories of the efforts of RAN ships and their crews to safeguard illegal immigrants intercepted at sea illustrate the Navy’s contribution to Australia’s border security, and naval support for peacekeeping in the South Pacific region is also recounted.

But above all, Bravo Zulu Volume 2 is about people – those recognised for their gallantry in action, bravery in all circumstances, and for labouring mightily to ensure that Australia’s navy continues to be acknowledged internationally for its and organisational capability and operational reach.

As with Volume 1, this book is lavishly illustrated. Volume 2 contains six informative maps, two organisational diagrams, 160 photographs and an Index of Recipients containing over 1,800 names, identifying the location of each in the text.

See a video of the Launch of Bravo Zulu Volume 2 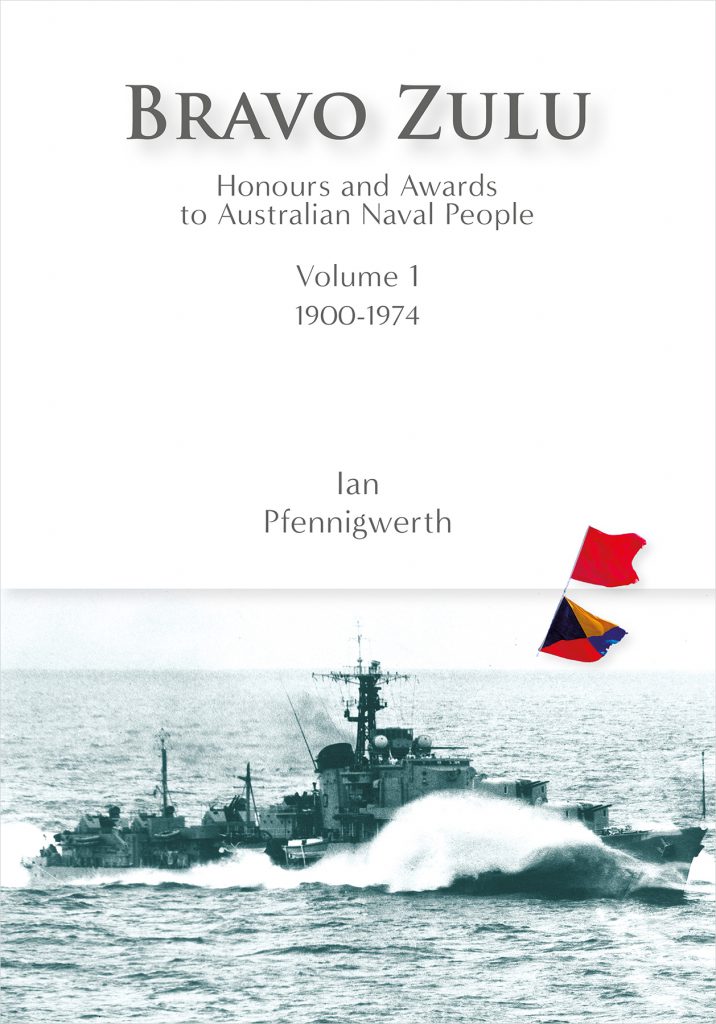 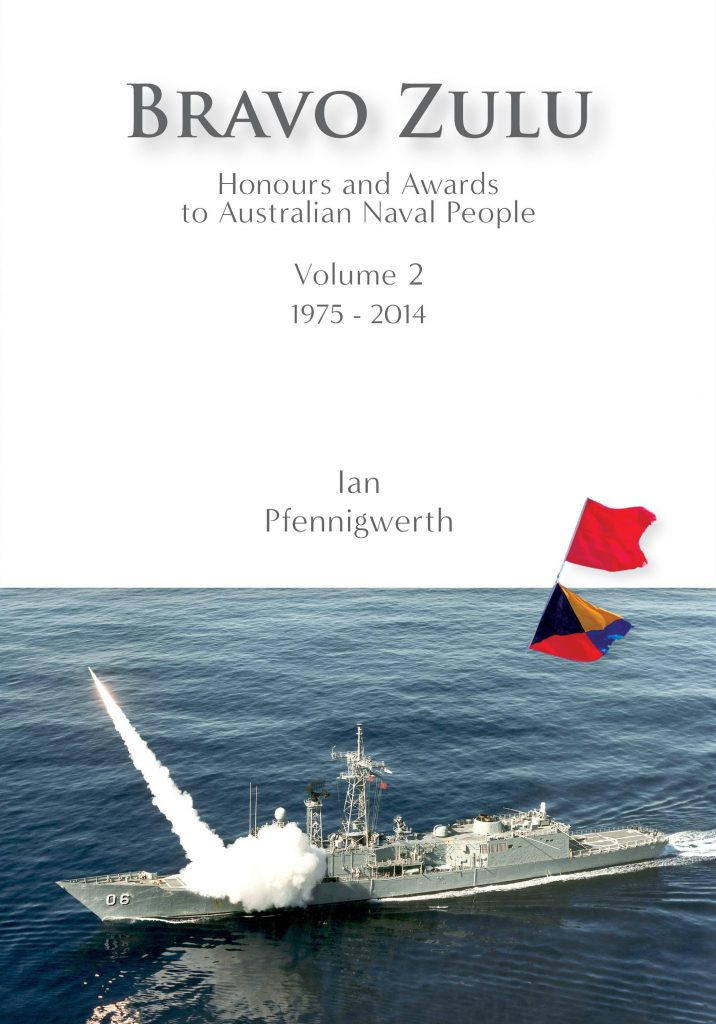