The Lives and Times of Dick and Belle Fitzpatrick

He was a carpenter and she was a comptometrist, a skilled office lady trained in managing accounts before the introduction of electronic calculators and computers. Dick came from Wagga Wagga in the Riverina. Belle had grown up in the extremely remote Central Australia townships of Birdsville and Marree, before acquiring her office skills in Adelaide. Together they built the house that became their castle, the refuge where they gave life to and raised the family they had just started.

A Pocketful of Dreams is the story of two young and committed companions who made their home in one of the outer western suburbs of Sydney in the last years of the Second World War.

Bernard, their first-born of ten, became intrigued by the webs woven into the tales of his parents’ lives, and proceeded to dig deeper to discover the stories of their Irish, English and Scottish ancestors.

This memoir covers four generations of the author’s extended family while also touching briefly on some of his own descendants. It includes 588 pages of family history, numerous anecdotes, certificates and photographs dating back to the adventures of the author’s grandparents setting out as newly weds to live in Central Australia 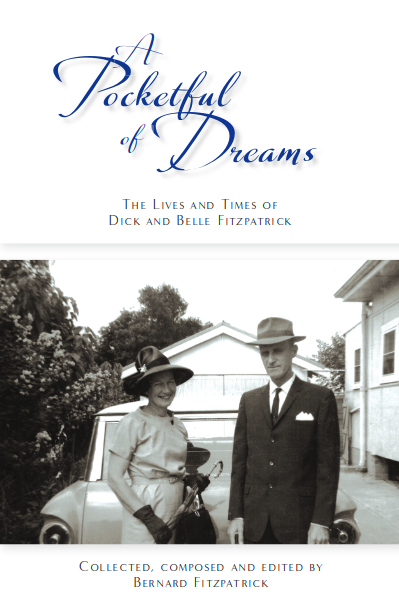