The history of a place is more than its momentous occasions. It’s the everyday life of its inhabitants, too. Their ups and downs; the vagaries of the weather and its effect; their resilience, energy and sense of community spirit.

From the very first time that Kim Hedrich read an article in the National Library's Trove collection she was hooked. Here was a window into the past, articles written at, or near, the time that they happened. Here were stories that are no longer published in newspapers because they are considered small and uninteresting. A picture, better than any that could have been painted, of life through the years as Bungendore and Australia grew and developed.

She asked: 'Could you begin to imagine what it was like to see the first car you had ever seen? And the fact that it could get you from Bungendore to Queanbeyan in just over an hour. It must have seemed amazing. And worth reporting on in the Bungendore column of a newspaper somewhere'. Not only lifestyle has changed since then but also the language in use. No longer do we see long, complex sentences used when a few words would suffice.

This is not the whole story of Bungendore - that would take many volumes and hours of ploughing through tedious information to get to the complete story. However it is a taste of what happened, and when, and may encourage others to research further on some of the topics covered in this fascinating store of stories. 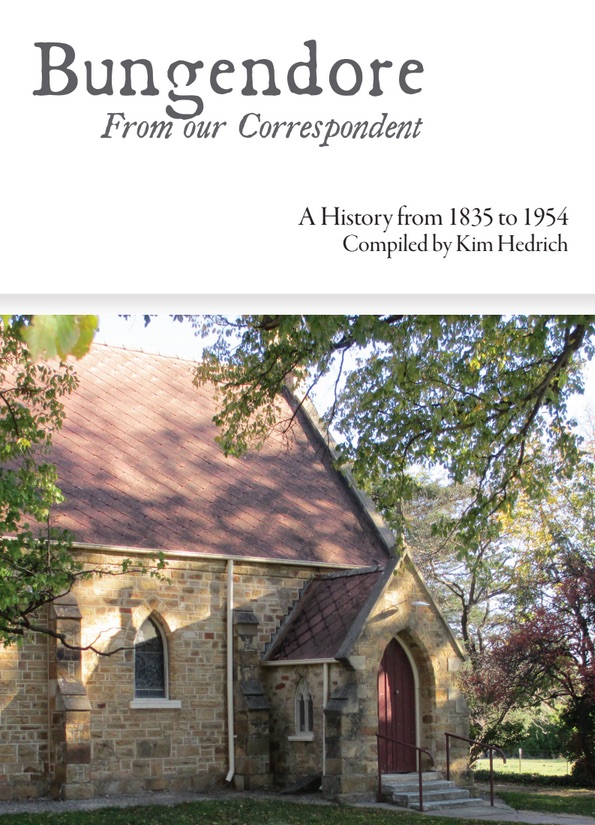