The Cross in the Sky is a narrative of war and adventure that led to post-war rehabilitation and the beginning of United Nations peacekeeping.

Charles Eaton is emerging from the shadows of history as an exceptional trail blazer. But his story cannot be separated from the world events he participated in as a soldier, aviator and diplomat—and the people surrounding him. Nor can it be separated from his 65-year romance with Beatrice Rose Godfrey and her chance finding of a three-month-old advertisement that changed their lives forever. These events and people form the background of this exploration of Eaton’s life and the units in which he served.

Eaton was a reconnaissance man in extraordinary, exciting times. As an 18-year-old private in August 1914, he embarked on a journey of service that lasted the entirety of both world wars. From the trenches of France, he took to the skies as a reconnaissance pilot. Following imprisonment by the German Army, he was twice court martialled and classified as a unerwuenscht—an ‘undesirable’. Following the Armistice, he began a career that took him from ferrying delegates to the Paris Peace Conference, to the first aerial survey of India, to the heart of the Australian desert in search of missing aviators, and to the jungles of West Papua during World War II.

He established the air defences of Australia’s northern approaches, and led squadrons that attacked Japanese positions in the south-west Pacific. Post-war, as Australian Consul in East Timor, Eaton assisted and advised in the post-war reconstruction of the severe war-time damage that had been largely inflicted under his command and direction.

In 1947, in the midst of the Indonesian war of independence, his life-long experience culminated in initiatives that led to the first United Nations attempt to monitor conflict. As Australia’s first diplomatic representative to the new nation of Indonesia, Eaton laid the foundations of Australia-Indonesian bi-lateral relations.

It was just about two hours since we reached the site and after burying the two perished airman we were preparing to leave that we saw it … high up … right above the ‘Kookaburra’, in an otherwise clear sky, a PERFECT CROSS formed by what may have been streaky cirrus cloud. We did not say much to each other but I think we all thought a lot as we made our weary return journey. (Charles Eaton: Tamani Desert Central Australia, late afternoon 28 April, 1929).

Register Interest in The Cross in the Sky.

Soon available in Paperback through the following booksellers 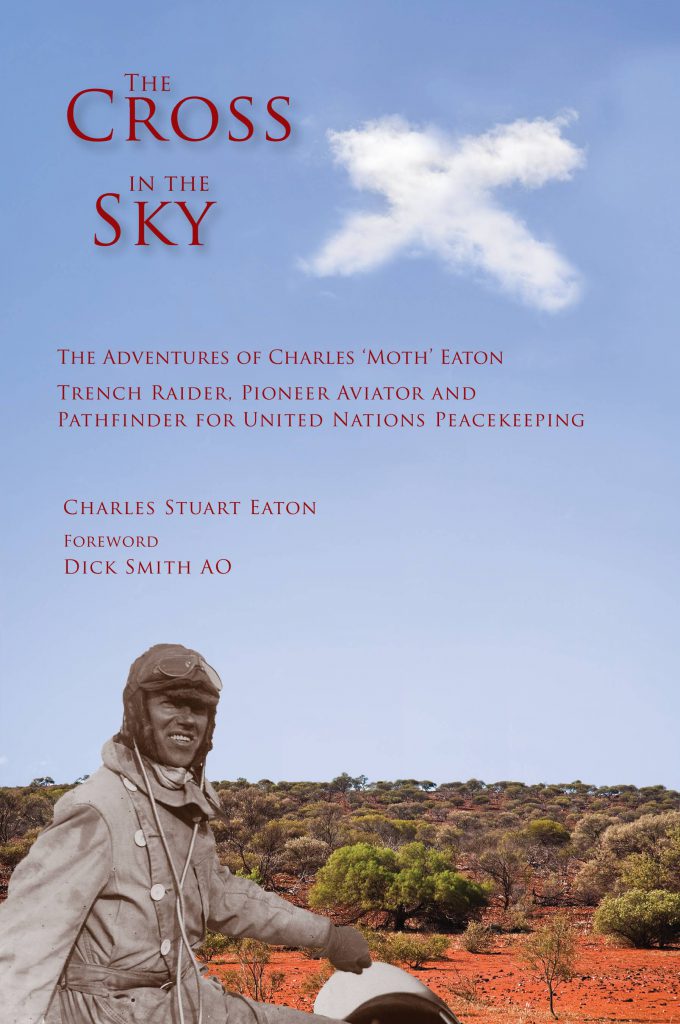